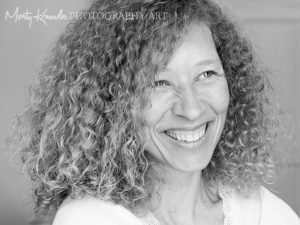 My name is Jette Norup Lund and I was born in 1968. I am married and have two adult children who are busy with higher education after finishing school in Denmark and in France.

My own eyes were opened to the benefits of the world of alternative health therapies after being involved in a nasty car accident in 1990 on my way home from work, where I managed a staff restaurant. As a result of the accident I suffered from a severe loss of energy and would faint regularly. Headaches and backache became part of my daily life and I found it difficult coping with everyday activities such as cooking, reading, walking up the stairs to our apartment, shopping, walking unaided, socializing and basically most aspects of my life.

I tried everything that Danish doctors and hospitals had to offer. I even chose not to always present to the same casualty department just so that as many doctors as possible could have a look at me and my condition. Everybody agreed that I was not as healthy and energetic as before but no-one was able to find the cause or a diagnosis. I eventually was diagnosed with ‘chronic fatigue syndrome’ and was declared 15% invalid.

One day, as I was lying on a blanket during a school picnic with my son’s class and not being able to think about anything but my excruciating pain, another parent told me that he knew of someone, named Lars, who had success curing back pain.That was a turning point for me and my first taste of alternative health therapy. Lars, in fact, was a healer and after two sessions I could finally walk without the support of my husband. Progress declined again after the fourth session but the door to the world of alternative health therapy had at that point been opened to me.

I understood the huge potential it held and that it was up to me to find the way back to a balanced life and take responsibility for my own personal development and growth. Initially I looked and and learned for my own sake, but later on I realized that my education in the area of alternative health therapies also held huge potential to help other people.

Today I work as a registered alternative health therapist after 2 years of training in reflexology and psychology, 2 years of cranio-sacral therapy and 4 1/2 years of healing from the heart using my body and its ‘vibrations’ as a means of clairvoyance. I also work with shiatsu massage, mindfulness and books like ‘Happy Children with High Self Esteem’, ‘ The Hormones of Life’ and ‘You can Heal your Life’ by Louise L. Hay.

Educating myself and being trained in the world of alternative health therapies has been the point of departure on my journey to understanding myself and my own body. The last 15 years have been a fantastic voyage. I no longer suffer pain or physical limitations as a result of that accident and my inner work has even allowed me to find a solution to my dyslexia, making it almost completely disappear.

I have become a much happier and stronger person who enjoys life with my wonderful husband and children.